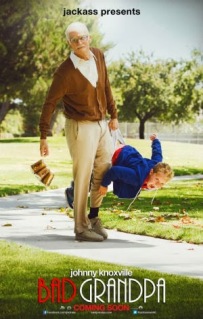 Went in looking for nothing but laughter, and that was what I got.

For a movie like this, I think you go in knowing what to expect. You go for the senseless laughs, and get served a feast of slapstick choking hilarity. The plot is simple, loosely strung from a recognizable template that features a heartland American road trip that bonds two characters to the point of union, against the climax that predictably aims to separate them. But see, plot complexity, that’s not why you go for a movie done by “Jackass.” You go for the kicks, the raunchiness, the pranks, and the laughter derived from being in the loop, watching the people out of the loop suffer at the hands of Johnny Knoxville (Irving Zisman – the 86 year old grandpa) and the adorably menacing Jackson Nicoll (Billy – the 8 year old grandson) who looks like he’s about to burst anytime, but truly the only thing bursting is the breathless audience watching him. Some scenes just standout as classics in the making—the beauty pageant scene, the cringe worthy black strip club, and possibly that funeral that truly is the semi-reincarnation of “Death at a Funeral”. 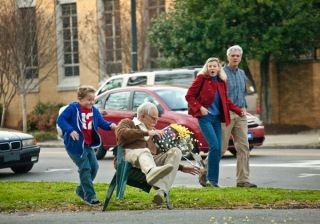 In an entertainment world obsessed with “reality” TV, and with the coming of movies like Sacha Baron Cohen’s “Borat”, “The Dictator,” and shows like MTV’s “Punk’d,” it becomes challenging to pull off secret camera humor to outdo what’s already been or being done. Knoxville though, with all his menace, comes out on top to produce a hilarious piece that has you clapping and gagging for the most of it, tied in by an ironically touching, yet perverse story of events. Some parts were drier than you would like, but promisingly hilarious. If you don’t laugh at least once, get a funny bone implant.

Amidst the entire craze, you can’t help but wonder if the people who are being hoodwinked are in on the joke or not. This is important because all the humor, for us as audience members, resides in their obliviousness to the camera, which seems genuine enough for us to go along with. You realize this when the credits start rolling and it all makes sense, along with the blurred faces of those who didn’t want their identities revealed in theaters nationwide.