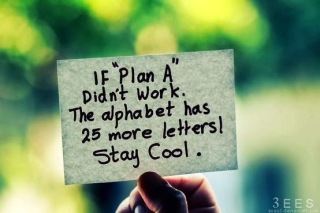 Be you a freshman or a graduating senior, college life forever involves panting from stress. It’s kind of like running a 4 year long marathon ridden with the occasional shin splint, while sweating from a heat wave of endless nerves. Even when its 3AM and you’re pulling up that unwashed dorm comforter to cover yourself to sleep (when finally the loudest roommates down the hall have passed out from their own loudness), still, there’s always that stubborn nail-scraping itch at the back of your mind. It’s the itch that makes you fret about the next set of immovable boulders that you need to try rolling aside in the mornings to come. It’s not to say that college isn’t fun, it’s just to say that it isn’t easy.

The people that interview you are going to be, in most cases, the people that work with you. Amidst all the preparation, what some interviewees really forget is to be likable. It’s not just enough to demonstrate that you have the chops for the position. People hire people they like. The competent likable people are who they remember at the end of the day, especially when 20 applicants were interviewed for one opening. So smile away, and jump on making a connection with your reviewer like you would a friend, not forgetting to reaffirm your skills as related to the job description(s) (which you should know down to the T).

Also, little details go a long way. When shaking hands, make sure your hands are warm (!) Cold handshakes can dampen first impressions. Either hold a hot cup of coffee before you go in, or rub them hot. Have thank you cards with you on the day of the interview. Once everything is done and you have their business cards, cross the street, go to a café and start writing your thank yous then and there. Deliver them to the reception desk and ask that they be given to each of your interviewers. They’ll never expect it, which is a good thing, because no one else did it but you.

Failure in past interviews can only make you stronger for the ones in the future. Take note of all that you did wrong in the past to make it right for all that you will do in the future. Know the job; use buzz words; and always provide vivid, real-life past experiences as examples to make your case. Nothing like a rich colorful story to make the stiff hiring manager remember that crazy Starbucks Mocha latte driven 19 hour workday you pulled off in Quarter 2 in your last job/internship to ensure the client’s deliverable was handed over on time.
No one can tell you how to get a job with 100% certainty. What people can tell you is how to have the best shot at it. Never stop trying because every next knock can be the door that opens. I hope these tips help you and motivate you to know what you need to know, to go do what you need to do to secure yourself a spot in the real world. Until then, let me know if I’ve missed anything or if you have other helpful tips you’d like to share as well. Adieu.
Context for this piece: Being on an alumni panel last month was great. But I also left the event feeling like there were so many things left unsaid. So here’s my way of making up for that.

4 thoughts on “From College Graduation to Employment: 7 Best Tips for the Job Search”