“Social media is my weapon. Knowledge is my conduit between ignorance and informed. I am, Generation Y not.” 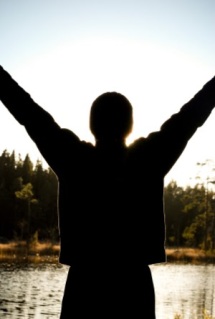 When my full-time lover of life, Elana Darlene, set off on her social media campaign titled “GenerationYisontheFLY,” I pounded my fist in the air. Yeah! Generation Y! That’s us right there! Woooooh! Slowly, our numbers continue to increase as Time twirls the axis of life. 70 million strong in the United States alone, graduation ceremonies around the globe serve as launch pads for these vibrant packs of fireworks. Locked in, potent, ready, and charged, when hats fall down waves of Generation Ys fire up. Spitting blinding sparks, crisscrossing along fuses, Generation Ys around the world are rocketing themselves into the real world like branching swarms of blinking fireflies.

But who is Generation Y?

Unyielding to dictionaries, Generation Y definitions have no consensus. Lacking exact birth dates, the group is also referred to as the Millennials. The broadest definition generally welcomes those born from 1977 to 2002. Generation X was born roughly from 1965 to 1976, and the Baby boomers even before that. Narrower definitions accounting for the view: as the rate of change in society accelerates, the time frame of a generation gets shorter, put Gen Y-ers at 16 to 27, born from 1978 to 1989.

But are we really all that different? Described by expert Bruce Tulgan as “high-performance and high-maintenance,” Generation Y has been brought up in the most child centered generation ever.

“They walk in with high expectations for themselves, their employer, their boss. If you thought you saw a clash when Generation X came into the workplace, that was the fake punch. The haymaker is coming now…They are like Generation X on steroids” says Tulgan. Unlike the generations that have gone before them, Gen Y has been “pampered, nurtured and programmed with a slew of activities since they were toddlers”.

Broadly speaking, Generation Y is also symptomatic of the following:

• Feedback cravings: Generation Ys don’t just do the work and sit back. They want to know how well or badly they did it. Constant feedback on performance is crucial to the ears of Generation Ys.

• Technological sense: Generation Ys possess a sixth sense—technological literacy, which is only rivaled by those budding technocratic muli-taskers: the younger Generation Z.

• I’m worth it: Generation Ys also constantly exhibit a heightened sense of self worth.
• Desire immediate responsibility: They want to make an important impact on Day 1. 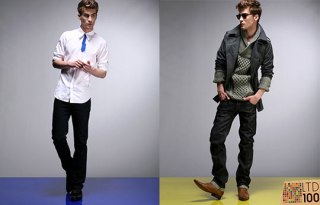 • Goooal!: They want small goals with tight deadlines so they can build up ownership of tasks.

• High expectations of the self: They aim to work faster and better than other workers.

• High expectations of employers: They want fair and direct managers who are highly engaged in their professional development.
• Ongoing learning: They seek out creative challenges and view colleagues as vast resources from whom to gain knowledge.
• Say what?: This is a generation that grew up questioning its parents, implying that they are less likely to respond to traditionally structured chain of commands that control at every level. This inevitably leads to a persistent questioning of authority.

So what does Elana Darlene aim for, with her new campaign “GenerationYisontheFLY”?

“Well, right now, short term/immediately: to foster greater support for campaign in numbers (i.e. from 75-500 people within 2 weeks) and to have greater twitter feeds (i.e. between 20-40 a day) from the hashtags: #GenerationYisontheFly, #operationgraduated and #GenerationYNot as well as: the dissemination of: individual videos, shared articles, blog posts and photos of people to help illustrate the movement.” When questioned about what Generation Y is capable of, her campaign says it all: WE.ARE.THE.FUTURE.
Regardless of economic circumstances, racial, religious and ethnic backgrounds, sexual orientations and political perspectives her campaign asks Generation Ys to take ownership of the unique essence inherent within this generation and use it to change the world in every little and big way possible. Presently trending topics in her campaign include: increasing social welfare, community service, breaking stereotypes, encouraging and facilitating Jewish and Muslim dialogue, encouraging educational programs and more… Blogs, personal stories, anecdotes, articles, service experiences and life experiences are just some of the ways the campaign encourages Generation Ys to vocalize and take charge of their unique positions in society.
Once all is said and done the bottom line is this: something is different about Generation Y. But the question is, how will you use that difference for the betterment of a flawed world? If we have a heightened sense of empathy, will we leave it untapped without action? A ballistic arsenal of intellectual prowess, will we hoard it all to ourselves without dissemination? A digital matrix of technological sovereignty, will we not share? A creative idea for change, will we not paint the landscapes of a new eco-dream? As Generation Y rises up to rule the world every little action we pour out of ourselves trickles down a long way into the larger stream of change. So Generation Y, it is time. Rise. Adieu. 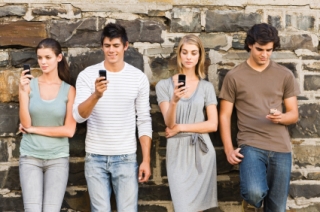 One thought on “Why Generation Y”