Good enough; but nothing spectacular.

I find myself hesitant to criticize X-Men movies (except for Jackman’s Wolverine franchise – because those have had some serious yawn-worthy blunders) because I am so partial towards them. Since childhood, I’ve grown up watching the X-Men TV series (1992 – 1997), the accompanying renditions, movies etc. and these mutants have earned a special place in my preference cabinet.

Watching X-Men: Apocalypse (2016) was pleasant, but left an X-Men viewing veteran nostalgic for
the past cast. Don’t misunderstand now, for James McAvoy as Professor Charles Xavier and Michael Fassbender as Erik Lehnsherr / Magneto are perfect selections for injecting younger blood onscreen. And of course, none can deny the acting credentials of Jennifer Lawrence as Raven Darkhölme / Mystique. They are not the problem. Maybe it was everyone else? Seeing Sansa Stark (Sophie Turner) from Game of Thrones (by the way what is it with the obsession of casting GoT characters – last time we saw Peter Dinklage) play Jean Grey felt a bit…odd and slow. Dearly missed the sultry, mesmerizing allure of Famke Janssen. Having Tye Sheridan (Scott Summers) play Cyclops felt mopey and weak – missed the more robust, dashing James Marsden. And then Halle Berry, oh, how thou were’t missed! Who can churn up a tempest like thee! Surely not the heavily accented Alexandra Shipp. A soft drizzle compared to a typhoon! 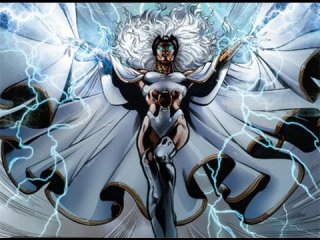 Selecting Egypt and the historical context the movie was situated in was different, and the sandy backgrounds and warm filters had their own allure which was great. It helped us forgive the convenient plot holes and convenient writing at times. Again we are faced with the obliteration of the world, but the fact that the first mutant, En Sabah Nur / Apocalypse (Oscar Isaac) is at the helm of this onslaught is a nice twist. His powers truly are impressive and one cannot help but wonder how the X Men will get around this one, if at all. Heavily CGI-ridden, as are most of these flicks, the sets have variety and we see enough switch screens to know that the threat is global – reminds one of Man of Steel (2013). In terms of plot, and storyline’s predecessor X-Men: Days of Future Past (2014) undoubtedly gets the nod but this installment, once could argue, is entertaining enough to not deserve too harsh of a reprimand.
There were some nice cameos and nods that everyone will appreciate – which I won’t divulge because spoilers are from the devil! The movie is indeed grand in some senses, but could have beefed up its writing. The comic relief is there, especially provided for us in healthy doses by Quick Silver (Evan Peters) – the true crowd pleaser, and some really good one-liners that would do Deadpool (2016) proud. The backstory for Magneto is heart tugging, and his son’s (Quick Silver) Cirque du Soleil scene in which he saves the inhabitants of the X-Mansion was of course a treat, reminding us of the previous prison scene we got in the last installment. Did everything come together cohesively to be impressive enough as a single unit? That one can debate.
As you may have noticed, unlike previous reviews, I won’t be getting too technical with this one. That I will save for Civil War (2016) which I have heard very good things about, but, shameful to admit – I have yet to see. Definitely next in line. And good Lord, that Assassin’s Creed trailer with Michael Fassbender as lead looked to die for! Back to the point; for its loyalty to the past, but better than average yet not superior performance, we give X-Men: Apocalypse (2016) a ‘meh’ 6.9/10. Adieu.