Knowing the difference between feeling dull vs. sobbing rain showers from a break-up is a coarse way to distinguish from being in a mood vs. being the puppet of Emotion, the chief puppeteer. Humans, though, are puppets who can fight back. It is just that they need to know who is pulling the strings, and which strings they should yank down on to topple the puppeteer.
During the past five years I’ve been developing a growing fascination for learning more about the role(s) played by moods in influencing our state of mind, feelings, decisions and actions.
When you reply to a text, how affective is your mood on drafting that text? Were you to be in a slightly different mood, how might that have altered what you would have texted? When you are happy, what role does your mood play in sustaining that emotional toothy grin? How do you know if you are in a mood? How do you know when you are “normal”, and not in a mood? Is there even a normal, down-to-earth, back-to-reality mood? I believe there is. It is just a matter of identifying it.

If mood is an emotional state, then happiness, for example, can only be a momentary state of mind. I’ve noticed that you can be happy only for the duration of that mood—swinging up and down, to joy and back, until you get tangled up in a depressed mood swing. It is a depressing thought to think that happiness is fleeting, but it is fleeting only to the extent that you need to keep swinging on those (happy) mood swings that nourish happiness. So when those classic fairytales end with “and they lived happily ever after,” what they are really saying is a permanent non-swinging mood named “Eternal Happiness” was prescribed, and then screwed into the minds of Cinderella and Prince Charming. Sorry if that sounds a bit graphic. 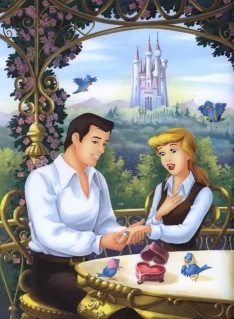 Let’s step back though from confusing emotions with moods. Moods cover the abstract, while emotions are sharper, specific, intense, reactive, and more likely to be triggered by particular stimuli.
Moods generally tend to last a bit longer, usually for at least half a day or two. Similarly, moody periods occur in stages, are harder to shift, and usually elusive to pinpointing one causal reason. Ian Faria, a writer specialized in psychology, expresses the difference between a mood shift and a mood swing as when “[e]very time you lose your temper, you get scared, or you get excited, remember that you are experiencing a mood shift. When these mood shifts are intense, they’re called mood swings.”  Clinical depression and bipolar are elongated disturbances in mood, and are typically internal subjective states with no intentional object that causes them. Moods and mood disorders can arise from genetic predisposition or a variety of other factors (weather, music, color, situational circumstances etc…). According to the The Mood Treatment Center (MTC), your moods can take on any of the following shades:

Moods can also be affected in a variety of ways. Music or even food can help adjust your moods. When you have those food cravings at work or in college when you’re stressed—that’s you looking to create a mood shift. Particular foods are known to be able to uplift moods. Chocolate for instance raises serotonin (hormone for the feeling of well being) levels and  releases endorphins, mimicking the same feeling of being in love. Blueberries, mint and sweets etc. also contain similar attributes. In contrast, meat and spices “tend to make us more angry and aggressive. Eating less spice and less meat can work like a charm for people who are constantly angry” says Faria. Who would’ve thought?

An emotion on the other hand is a short-lived “complex psychological state that involves three distinct components: a subjective experience, a physiological response, and a behavioral or expressive response”(Hockenbury & Hockenbury, 2007). This means that something causes it (an experience), and you may encounter a physiological response (rising heart rate, sweaty palms, jitteriness) leading you ultimately to behave and/or express your emotion in response to the stimulant. They tend to come and go quickly, and are usually triggered by immediate circumstances. Researchers have tried to identify and classify emotions in a variety of ways. In 1972, Paul Eckman (renowned psychologist) came up with six universal emotions:
·        Fear
·        Disgust
·        Anger
·        Surprise
·        Happiness
·        Sadness
In 1999, he expanded this list to include:
·        Embarrassment
·        Amusement
·        Excitement
·        Contempt
·        Shame
·        Pride
·       Satisfaction
Emotions can be brought about by moods, but moods can affect judgment, thought, action and other aspects of your psychology and physiology. MTC concludes that:
“Emotions are adaptive responses to life; all emotions are normal in themselves. In a mood disorder, people lose the ability to see their emotions in perspective and to act wisely in the face of them.

Mood disorders actually disrupt the connection between the brain’s emotional center and action center. These two parts of the brain are tightly connected, so that our actions and judgments are always influenced by our emotions (this is why we’re not like computers!).  When the connection is disrupted by a mood disorder, people may act too quickly (as in mania) or not act at all (as in depression).”

Some moods force us to be painfully self-aware, as seen with self-consciousness or anxiety or even the self-critical guilt of depression. Other moods can actually diminish our self awareness, similar to the effects of alcohol.
What is important to keep in mind are the negative triggers. These are the culprits that can push you to do negative things and be a slave of your emotions. At the mercy of emotions, rationality can be shoved aside or brought to the knee, allowing some emotions to be so powerful that at times they overrule logic, ethics, and morality. As Faria notes, hence the Law’s acknowledgment of crimes of passion and temporary insanity.
So what does this mean for us? I think it pays to be self-conscious of your mood, to know if you are in a mood swing before you do what you do, say what you say, and type what you type.
Don’t always be fooled into thinking you are “normal” when in actuality you are being puppeteered by a mood/emotion. When you are in the moment things seem to make sense, but it’s important is to step out of that momentary perspective, and ask the question: is this what I would normally do/say/type etc.?

For example, if Gregory is in the heat of a passionate moment of arousal, where the mood is Brightly Elevated/Sunny Hypamania (refer shades of moods above for symptoms), and he has Gloria by his side, Gregory’s actions might be immediately influenced by his momentary mood. The aftermath of those actions could be minimal or catastrophic—depending on the outcome and situational context. But, if Gregory had self-consciously stepped out of his Sunny Hypamania mood by 1) identifying that he was in a particular mood at the time and 2) removing himself from that mood to think “moodless-ly,” he would be more likely to make a reasoned decision that he would be less likely to regret in the future.
Moral of the story? Recognize your mood, and don’t always assume you are in your “normal” phase. Thinking with this frame of mind will help you avoid regrets, and enable you to make the most reasoned decisions and judgments, allowing you to be the puppeteer of your own life. This innate level of self-awareness that we all possess is too oft forgotten, don’t you think? Adieu.

Test your emotional intelligence. How well do you understand and read other people’s faces? The picture test below will give you some idea. I’m marginally average at judging the true emotions of others and scored in the average range.
http://well.blogs.nytimes.com/2013/10/03/well-quiz-the-mind-behind-the-eyes/