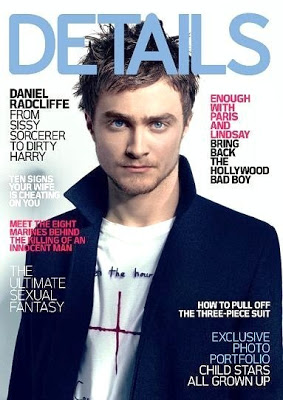 Not with a gun. Maybe with a bow and arrow, a rock, a slingshot, a goop of mud, a stunning spell, or a gagging curse.

Rumor has it (rolls eyes), that Daniel Radcliffe, 21, contacted J.K Rowling after being “worried” that the billionaire author might be tempted to churn out some more Potter books—oh! Dear me, the audacity. How could she!

According to reports from Celebuzz who got the exclusive word, dear Radcliffe, who attended the Gotham Magazine cover party, seemed to be a bit jittery about the snitch-like rumors whizzing in the air concerning the future of new Potter books.

“I was worried! I texted her. I said, ‘Look, is this true? Are you writing another book?!’

Now, I won’t act like I’m not jealous that Radcliffe has Rowling on speed dial, but it was Rowling’s alleged response that severed my heart strings—making the organ sink to my naval while my thick eyebrows narrowed like daggers.

“She wrote back that she was so pleased with my performance in Harry Potter 7: Part 1” continued a relieved Radcliffe, “that as a reward, she promised to never write another book about Harry.”

Listen, you wretch! I have no way of verifying if this is true or not, but if it is…(laptop starts shaking).

I honestly was quite pleased with Radcliffe’s performance in the last installment, which was quite the surprise. That being said, Radcliffe always seemed like a blank hole in my mind; from which he never shot any harm at me, and my antagonism never aimed back in retaliation at him. But if this is true, this does, I must admit, severely affect my opinion of that git—thank you Ron for the vocabulary.

If you don’t want to act in it because it’s such a trouble for your oh so busy and ambitious life (I wonder how that came about in the first place), don’t worry your fussy ass about it! Someone else can, and definitely will, take that role whether or not you goggle at the sky in deep thought about the future of your life like a wannabe Dumbledore. With or without you everyone will still watch the movies, but most importantly, revel in these books. JK better have been joking when she replied to you, dearly hoping that you could appreciate a droplet of sarcasm.

The audacity, once again if this is true, that you would jeopardize the creation of Potter books simply because you deemed it not the best thing for you! Especially at a time when Rowling’s own daughter, Jessica, is pressuring her mom to revisit the lightening scarred wizard. 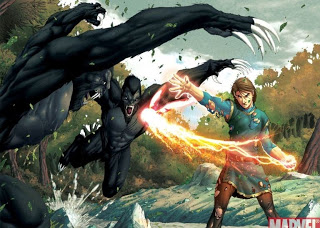 If this wasn’t the case and it is nothing but tabloid dirt, then good. I apologize; you truly are a nice chap.

If it is, you should bloody well go and bury yourself with an invisibility cloak, because I and 400 million other book owners will not stop until we hunt you down. Ooh, I could just (flash of green light)…Adieu.

One thought on “Why Danielle Radcliffe Needs to be Shot”