This is a very different blog post compared to everything you might have read thus far. It is explicit in nature and should not be read by anyone under 18 years of age, unless you have parents’ permission . Now anyone who is under 18 that actually read this is no doubt eagerly going to read on. Annoyingly I can’t stop you. But I have done my duty as a responsible legal adult. Read on at your own discretion, not mine.

One of the advantages of pursuing a Literature major is that one becomes more critically aware of everything. As for my Econ major, let’s not think about that for now—I’m sure it would love to boast about all the advantages it provides for me. Let’s give my Lit major the spotlight for once. You see, the Lit major allows one to be hyper critical. Now let me stop there. The use of the word “critical” has some really negative cultural baggage. Being critical is not the same as being bitchy, insolent or rude. Being critical and criticizing simply means by definition that one should be more attuned to picking up what is important and necessary to arrive at a place of higher meaning and better understanding. This being said, the other day I heard the song Poker Face on Hot 99.5 and damn did it hit my face!

How the hell did the FCC let this one go? Is ‘If-U-Seek-Amy’ by Britney Spears the limit of their mental capacity? Seriously. One long listen to Poker Face, without getting sucked in by the distractingly robotic chorus unveils the thing itself.

For the kids, the meaning is: “Yeay! Mommy let’s play cards! I want to learn poker too. Yeay, P-P-Poker Face…!”

To the slightly more attentive listener it soon comes to knowledge that there is something deeper going on: “I’ll get him hot. Show him what I’ve got”. All the suggestive “O-O-OOH” sounds, and what not, must mean that Gaga really wants some tonight.

To the more knowledgeable and informed listener: the current mainstream interpretation as revealed by Gaga and her bi-sexual self, is that she puts on a “Poker Face” with men even though she craves women. The song revolves around the gambling nature of Poker and sex. Gambling and sex. A two faced game, with the reference to a good poker face.

But it wasn’t until a few days ago when I heard the song, and yes, listened to it (no I didn’t mouth that horridly taunting chorus), that I heard something quite disturbing at first. I will give you the exact detail in a bit, so bear with me. Let’s rephrase that—have patience with me. After hearing this disturbingly erotic phrase and then hearing the chorus, the song now comes to me in another light. I’m a Lit major; the language I type with is always rigged with puns if you haven’t already picked them up. That being said, the song Poker Face revels in multifaceted meanings through punning. It yields subliminal meanings through the multitude of subliminal messages spewing from the song, although I wonder if subliminal messaging applies to audio? That might be a whole other article but let’s see. It is for this reason that I consider the lyrics of this song as a literary text where meaning needs to be oozed out for pleasure and understanding.

Now, when I heard the phrase at first, I thought it was simply a trick of the ear. But then as the song went on everything seemed to annoyingly argue for my nastily erotic hunch. When the song finally finished, I was a bit perplexed as to how I had not picked it up before. But what also surprised me was had this meaning really bypassed the FCC? Now this is not like Britney Spears’ openly controversial If-You-Seek-Amy which the FCC first said “NO! You have to change the title” and what not. Gaga, who writes all of her own songs, is quite the cunning writer and I believe she must have gotten away with it since this interpretation is so well protected by the layers of meaning she covers this song with.

Here it is. If you wish, take a listen to the song (the torture lasts for 3 1/2 minutes and see if it blows you away before you read my self pronounced discovery). The point of the song which suddenly hit me was at 1:16. Listen to the phrase sung. It comes again at 1:20 and other repetitions are sprinkled with the chorus at 2:13, 2:17 and 3:17, 3:21. Honestly, tell me what that sounds like? Don’t be afraid to think naughty, Gaga, it seems is all about being naughty (if you thought that “muffin” was chocolate chip you might want to think again)….If you have figured it out….then…I’ll reveal it…and…continue…See, the first time I heard it, as in a few days ago, it sounded like:

As you can imagine I was stunned at what I thought I heard. But if you listen closely, again and again, it will dawn on you that it is unmistakable. Amazed as I was the evidence is overwhelming. The lyrics of the song suggested the same. The good literature major at heart, before typing this article I went to Interscope Records’ official site and looked at the Official Lyrics. The song by use of auto-tune has led to many different versions of the lyric to surface in the internet which once again makes us wonder, why, isn’t the singing so clearly detectable? Examples include “Texas plays” or “Texas Please” “M-m-m-more” or “Ma–Ma–Ma” and so on. So I thought it was best to rely on the Official Lyrics. But some elements are just undeniable.

For instance consider the very title. Look at it, “Poker face” is a clever pun for nothing other than ‘Poke-Her-Face’, among others. Come on, I’m not going to give you everything I’ve figured out, do your own work, be critically aware. 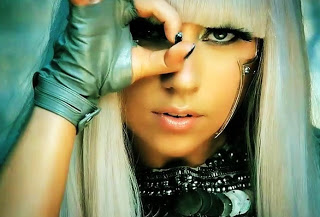 But still not fully convinced, my innocent mind told me ‘no’, I’m just thinking too hard. But as I continued to read the lyrics all Gaga’s hints are plainly available to us and I felt like I had just seen a red stop sign which I knew wasn’t in front of me a few seconds ago. The beginning starts off with “hold em” “fold em” and “raise em”. Now listen, don’t be the one to judge me about whether this article is explicitly bad and OMG see how dirtily Nazran is thinking. Whether this is erotic in nature or not means nothing to me, what interests me here is Gaga’s language (damn am I a Lit student!).

Gaga is cleverly disguising the above phrases under the cover of Texes Hold’em Poker (which I first played in the US for fun with my cousins about 8 years ago and have loved the game ever since) while also alluding to…come on…what are those three phrases quoted above symptomatic of? Then she goes on to say “after he’s been hooked” another allusion. The words keep spewing out, “roll with him a hard pair” , “not the same without a gun“ , “Cause I’m bluffin with my muffin, I’m not lying I’m just stunnin with my love-glue-gunning.” The diction is crazy. Two references to “gun” and the pun on “lying”, “stunnin”, and “glue” makes one go damn, is she clever or what?

While I always found this song annoying, apart from all its fetish-izing eroticism, Gaga’s writing is no doubt brilliant in its ability to mask. Unmasking it requires work and luck, on top of all the other meanings this song makes reference to. I don’t think we can truly know what its true meaning is simply because it is an unyielding text. That being said, the above interpretation and meaning is undeniable. Poker Face. Damn she’s smart. Adieu.