Oh you little superficial stalker. Pity. Your home page refreshes and you see one of your friends has walled another, writing nothing but “inbox”. In protest you let out a nasal snigger of disapproval. You grudgingly think the only reason Jack wrote “inbox” on Jill’s wall was to let their notification starved audience know they are tastefully “inboxing.” How vain. Firstly, Jack, if you’re “inboxing” it’s meant to be private; so keep it private. We don’t care (why then are you sniggering?) that you two inbox each other all week. Jill isn’t mentally challenged to not know that she got an inbox from you, Jack, without you making it conspicuously obvious by obsessively writing “inbox” on her wall.

Ah, but walls are always two-sided. While you cannot penetrate through its brick, concre

te, and internet, you cannot but also deny that you are unaware of what the flip side looks like. Come then, let us drill through it, because you my friend, don’t know Jack.
So why do so many people end up walling “inbox”?
The Guarantee: Whatever said and done, an inbox never guarantees a reply. Most users end up unconsciously reading and replying in their heads. The use of the “inbox” wall post works as a mechanism for the closest chance of a guaranteed reply. Note the use of “closest”. It is not a 100% 1 WEEK GURANTEE OR YOUR WALL POST BACK! It is however the closest option. Take it.
Spam Control: Have you checked your cobweb infested junk piled inbox lately? You’ve been invited to the hottest parties in the Universe, of which you won’t even attend 1/25th of them—s pam. The walled “inbox” encases your message with a layer of treasured importance. Find it.
Favoritism for the Wall: Seeing a wall post notification is a visual that is more receptive relative to that of the message. Firstly, the e-mailed notification is shorter in length, unconsciously making you appreciate it more. Secondly, the unceasing cluster bombing of message notifications has deterred readers’ due attention to them. Scan it.
Context: The nature of the walled post also provides a context for the “inboxed” mess

age. They can act as a post script or a prior warning. Bad news—grabs the bottle. Good news—still grabs the bottle (figurative example). Read it.
Tone: The post may also act as a prequel. The post can sneak in the tone of what the inbox conceals. How does this differ from my last point? The language. The traditional “inbox” is short, fast, and snappy. Inboxes of higher importance for instance will be capitalized like “Inbox” or even starred like “Inbox*.” If wished to be dramatic due to epic importance they will be “INBOX!!” Or if the need is to say “at least reply this time you bitch” it will be “INBOX!!!!!!!!!!!” Forecast it. 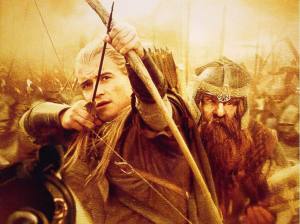 Decoration: Nurturing the poster’s creativity. Writing just “inbox” is like, so yesterday; urgh, get with it. Today’s users camouflage and “pretti-fy” their traditional “inbox.” Examples include “~inbox~” , “<3inbox
Encryption: The use of clandestine codes and gibberish understandable only to the sender and the receiver has also been an upward trend in the past two years of Facebook. They function as public rituals aimed at fostering personal appreciation of the group involved. Elves in Middle Earth use Elvish; Hermione uses Runes; and I sometimes, use, Pig Latin. Do it.

Commanding Focus: Imprinting “inbox” engenders in the recipient the need for focus, while the sender commands it. Hence, a power dynamic sprouts, forcing the communication to be more successful through means of force. Wield it.
The Cherry on Top Phenomena: Some who are enticed also become infected. Without writing “inbox” there is no cherry-on-top feeling. Nothing says it like an “inbox” on top. Top it.

Now that Jack has been fully defended, and can continue to be defended with an endless list of reasoning, let him inbox in peace without judgment. For it is a judgment which neither you, nor I, can afford to downcast. Inbox away. Adieu.

2 thoughts on “Walling "inbox" on Facebook: The True Reasoning”